ABOUT US:
​MARY LEONARD 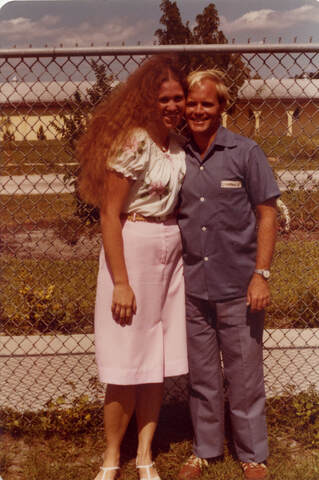 Mary was raised as a Catholic. Even as a child, she had a love for the things of God and enjoyed saying prayers with her father before bed. She had a strong consciousness of God but, of course, she didn’t know Him as a child of God. As a teenager, she became disillusioned with the church and didn’t seek God any longer. God was still seeking her. While in high school, she was introduced to Jesus through "The Four Spiritual Laws". She found out that God had a plan for her life and that she could know Jesus in a personal way so she prayed to receive Jesus as her savior.

She met Ricky, her husband, through writing letters. At a bible study she had been attending, she was asked to write to a man in prison named Kevin. She wrote to Kevin for a while who eventually passed her information to his fellow inmate Ricky. Ricky and Mary proceeded to write to each other for a few years, eventually falling in love through these letters. (The complete testimony is in Ricky's book “High Adventure Faith.”) Ricky and Mary were married in 1981 and have served the Lord through the church and by street witnessing and preaching in whatever capacity they could find, all the while raising three children.